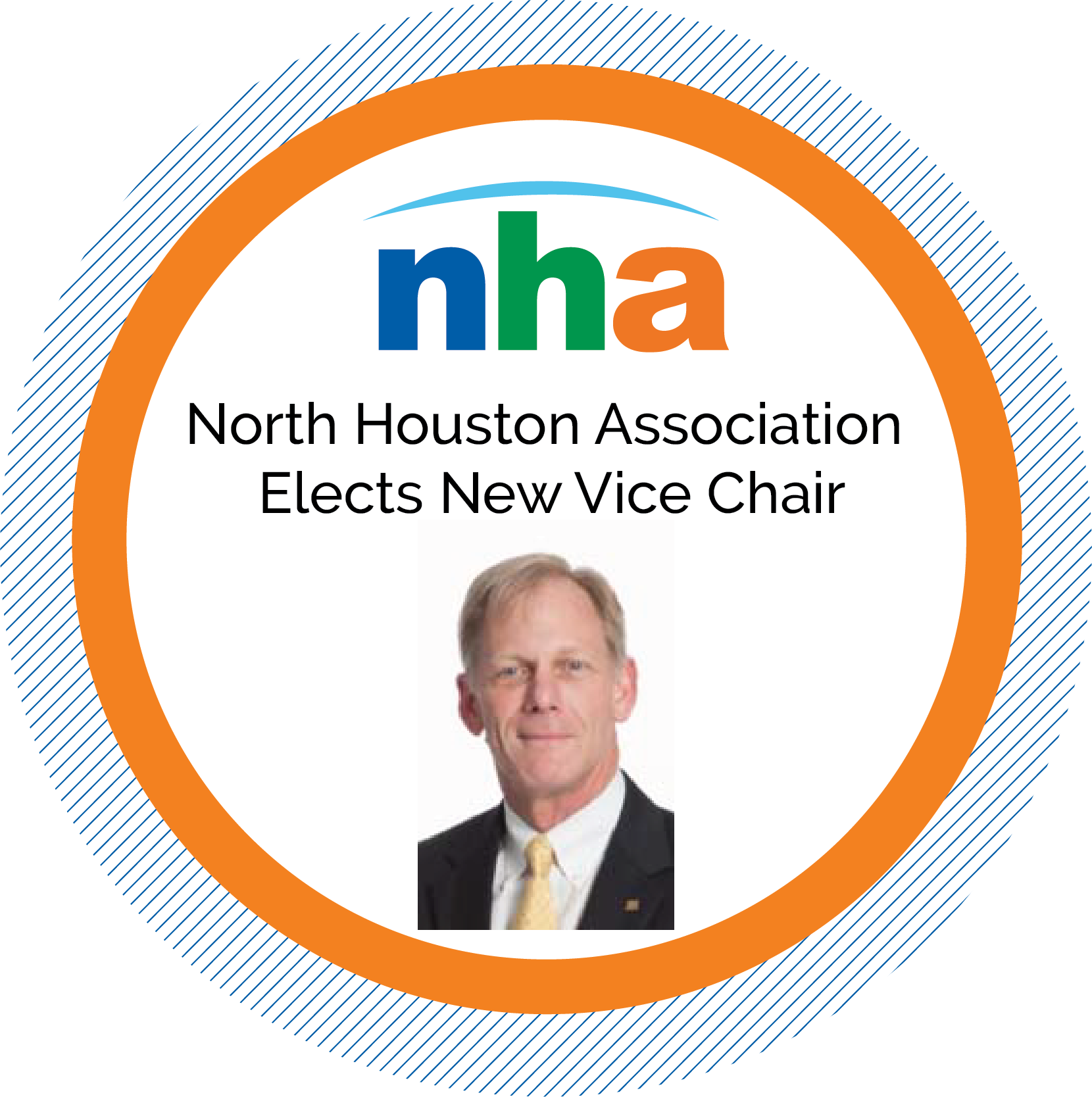 The North Houston Association (NHA) Wednesday made changes to its volunteer leadership team by electing Ed Shackelford, P.E., as the new Vice Chair of the board. Shackelford is replacing Brenda Mainwaring, who has accepted a new position out of state.

“It’s been a pleasure to have Brenda serve as an NHA board member for more than seven years,” said Marlisa Briggs, NHA president. “She has brought so much expertise and insight to the table, and we have learned much from her leadership.”

Shackelford, Associate Vice President of AEI Engineering, has been involved with the Association for more than 30 years and will immediately be stepping into the role of vice-chair.

“As the north Houston region has matured and changed, I’ve witnessed NHA doing the same. Our focus areas – development, mobility, environment and water – used to be much more compartmentalized. Now area leaders and elected officials are seeing all of those issues intersecting and impacting one another. I look forward to helping the Association continue its great work of serving as a liaison between public and private partnerships as well as educating the community,” he said.

Shackelford is no stranger to bridging the gap between officials and the business community. When he began his involvement in NHA at the beginning of his career, he served as Harris County Precinct Four’s engineer. In addition to his experience at area engineering firms, he also worked for the Harris County Flood Control District and the North Harris County Regional Water Authority.

Outside of professional activities, he also serves on the Klein ISD Education Foundation board, is a past member of the Leadership North Houston board, and is an active member of the Houston Livestock Show & Rodeo Breeder Greeters committee. Ed has held leadership roles with each of these organizations.

“Ed has always provided a unique perspective that we very much value,” said NHA Chair Chris Cotter, P.E. “We appreciate the ten years he’s already given to NHA’s board, and the Association’s executive committee is excited about the leadership he brings. We also wholeheartedly congratulate Brenda on her exciting new chapter.”

Mainwaring began her NHA board term in 2013, representing Union Pacific while serving as their Vice President of Public Affairs South. Her new role is President and CEO of the Iowa West Foundation, serving as the organization’s first female in that position.